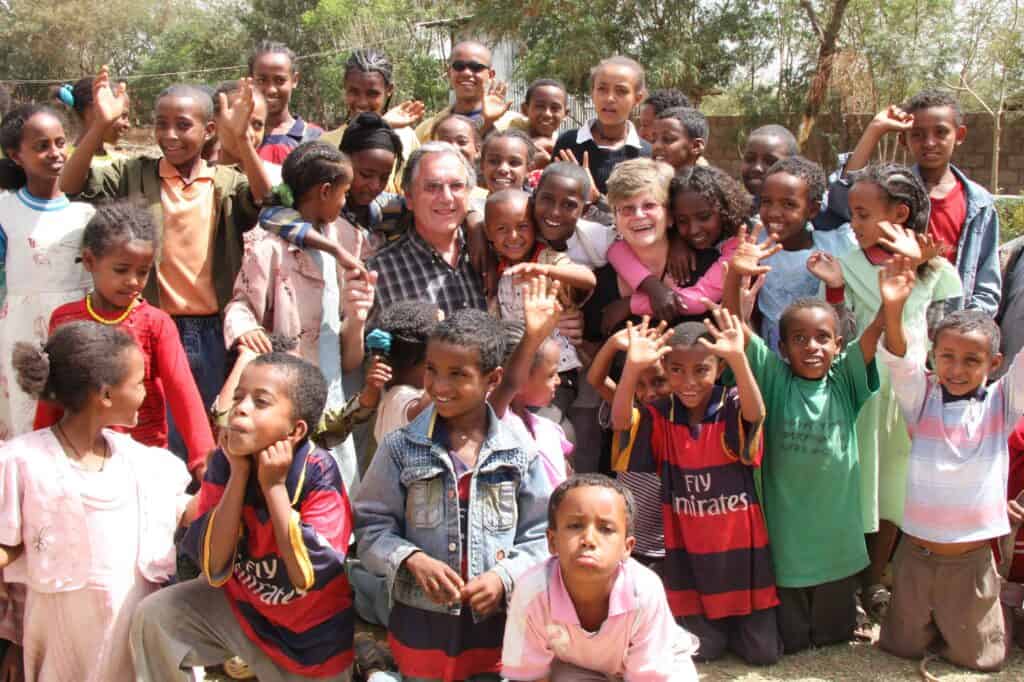 Following the completion of his previous project in Burkina Faso, Ferryspeed’s general manager in Guernsey, Martyn Langlois, has funded three further classrooms in poverty-stricken communities in Thailand in partnership with the charity Compassion.

These classrooms are sponsored by the Gill Langlois Legacy Fund, launched by Martyn following the death of his wife Gill, an active Compassion volunteer and schoolteacher.  Martyn planned to visit Bo Kaew in June last year to visit the classrooms that his wife’s Legacy Fund had helped to build, but was unable due to coronavirus restrictions.

“I was planning to visit the Thailand project in 2020, but unfortunately the visit had to be cancelled.” Martyn said.

“I was pleased to see that after we had agreed to sponsor the build, the team began so quickly. Seeing Gill’s plaque on the building brings it all to home as to why we are doing it. It is in memory of Gill, and for her love of children and her faith.

We have now completed the building of classrooms in 2 projects in Burkina Faso – 2 classrooms per project, so a total of 4 classrooms.

The fact that we managed to do this far exceeded our expectations, and then to have the money to build the 3 classrooms in Thailand was fantastic. My daughters and I feel that this is truly a living legacy, not just for the present, but for the future, and we are sure that my wife would be been thrilled to see the work that has been completed in the last several years.

The Gill Langlois Legacy Fund remains open. We know that there are classrooms still needed in the projects, and as long as people are willing to give, we are keen to build the classrooms. We currently have over £2000 in the fund which will accumulate until we are able to start project number 4, wherever and whenever that may be – hopefully within the next 2 years.”

Martyn and Gill Langlois began working with Compassion many years ago, beginning by sponsoring a child in Honduras, who with their support, escaped poverty and became a motor mechanic. After seeing the impact of the charity on these children, Martyn and his wife continued to sponsor children throughout Kenya, Rwanda Uganda, Ethiopia and Burkina Faso.

“It is when you visit the children in their country, that you really appreciate the help that you are giving,” Martyn said.

“I count it a real privilege to have been invited into some of their homes. In so doing, it has made me determined to do all I can for them, and to encourage others to sponsor these children.”

Compassion partners with churches in 25 of the world’s poorest countries to help children escape poverty by providing access to education and healthcare through Christian sponsors worldwide. Currently 1.8 million children are being sponsored in Compassion projects worldwide.

The Gill Langlois Legacy Fund continues to raise money and awareness of child poverty and lack of access to education for third-world children.