Martyn makes a difference with money management charity in Africa 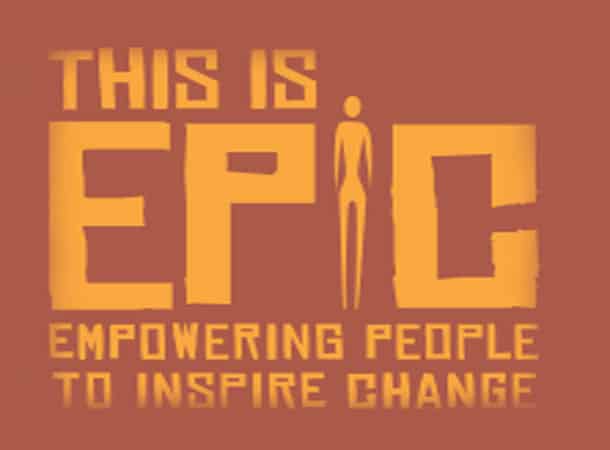 People living in poverty from rural villages in Africa are learning how to save, borrow and lend money thanks to a charity founded by Ferryspeed’s General Manager in Guernsey and his family.
Martyn Langlois, his daughter Louise Smith, who has been involved in savings and loans projects in Africa for more than a decade, and her husband Philip Smith founded the This is Epic charity in 2013. This is Epic, a Guernsey-based charity, brings isolated rural communities together in savings and loan groups.

The charity offers simple finance solutions to communities who have basic or very little knowledge of how to save or manage money – it empowers people rather than giving them handouts. It currently has 105 groups of up to 30 people in the Democratic Republic of Congo and 130 groups in Uganda; more are being set up all the time.

The idea is that the people who attend the groups are taught and trained how to manage their own money. The concept is not unique; it’s a universal system but what makes This is Epic different is how it is implemented and the level of accountability.

This is Epic provides funding for facilitators and trainers who work with the groups.

Martyn, who also works with Christian charity Compassion, visited Uganda earlier this year and believes that the training and support provided to the groups is the critical element. “The villages that we work with are out in the sticks and the people are so poor that banks don’t want to know them. In fact, most of these people live on less than the UN-accepted benchmark $2 a day.”

“Our role is putting field agents out there in order to explain to the villagers what the group is for, getting them to understand the principles and then support the group as it forms,” said Martyn, who has worked at Ferryspeed for more than 35 years.

The groups work by every member contributing the same amount each week, for example 40p. A metal box, which acts as the group’s informal bank, contains the cash and members’ pass books – or ‘bank statements’ – and there are three key holders to the box.

Each member can take a loan of up to three times their savings, with a 10% interest rate, if the other members of the group approve the reason for the loan; the average loan value is £42.

So as well as saving money they are earning interest on their money. Usually members have a business idea that they want to develop, which then in turn generates employment opportunities.

“These groups are for most people the first experience of a formal savings process. The impact is significant; last year alone 11,995 children were helped and 3,483 loans were given out.

The ripple effect through the community is extremely positive in just a short period of time,” explained Martyn.

Members also have to contribute to a welfare fund so if a member has a sudden emergency, like a child needing medical care, they can apply to the fund for a short-term loan to help.

For more information about This is Epic, please visit www.thisisepic.org.uk